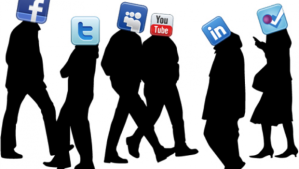 Yes, it’s true. I’m leaving Facebook. I posted a status letting people know that I would be leaving in a few days and asking those that wished to stay in touch to use the Contact Us button on this website. My thought was to avoid spammers by using this tool, but I had no idea how my email inbox would fill up or that so many would send messages through other means asking why or applauding the decision. I also didn’t know that Brett would decide to get rid of his Facebook account, too. Of course, for him the decision was not a big deal. He rarely gets on Facebook and his posts are even rarer. He also received numerous messages and decided to write a blog here explaining his decision and now I feel the need to explain mine. Our reasons are similar but not exactly the same, so here’s my take.

Unlike Brett, I’ve been on Facebook a lot and unlike Brett, I find many of the controversial conversations mentally stimulating and enjoyable. I have also received a lot of pleasure from reconnecting with friends long lost, so for the cost benefit analysis to tip was a bigger deal to me. I will say that this was a journey with a couple of “last straws” along the way.

The first one was the article that I read by the woman whose son almost drowned as she was editing photos of him and his sister on Instagram. Beyond the horror of that particular story, she pointed to a more common and subtle situation and that is the failure to be fully present in one’s life, substituting social media for real relationships. Too often I’ve found myself staring at my phone when in the presence of people that I love dearly. I’m just glad that my children were old enough to be lifeguards by the time I got on Facebook or I could have been in her shoes.

The absolute final straw came from my devotional reading this morning. Lately I’ve been reading 40 Days with the Holy Spirit: Fresh Air for Every Day, by Jack Levison. Today’s scripture reading was from John 4:23-24, ” “But an hour is coming, and now is, when the true worshipers will worship the Father in spirit and truth; for such people the Father seeks to be His worshipers. God is spirit, and those who worship Him must worship in spirit and truth.” The meditation focused on truth and, as has been happening every morning since I began this study, it spoke directly to the thoughts I had been having when I sat down.

Before sitting on the porch and opening the book, I had made that awful mistake that I make too often — opening Facebook on my phone while getting ready for work. I saw that someone had responded to a comment that I had made on one of my brother’s posts. It was full of hatred and lies and I was stunned. I didn’t even know this person, yet they felt free to call me names and accuse me of stupidity for believing the facts that I had posted. Okay, I know this sounds like a he-said-she-said situation, but the bottom line is that I had posted data supported by multiple reliable sources on a topic I did not consider particularly controversial and his response was nothing but an ad hominem attack.

This happens to me a lot. I work in government and I know how politicians misconstrue the data we provide, but I also know how meticulous and careful the government staff preparing the data really are. The truth is that there are some facts out there and not everything is opinion. It’s a fact that illegal immigrants in the United States are not eligible for Medicaid. I work for the state agency that makes those eligibility determinations and the eligibility requirements for state services are facts. Posts attacking the public servants who work so hard to do the right thing for the fellow citizens every day drive me crazy because they are personal. I often know the people producing the data being questioned or running the program being misrepresented and when I hear them attacked it drives me insane. Nevertheless, lies get as much, or more, traction on social media as simple facts.

So, I’m leaving Facebook. I don’t think everyone needs to follow my example. Some of you are much better than I at focusing on those Philippians 4:8 things. If that’s you, I know you will find a lot to think about. On the other hand, if you are like me, you might want to consider doing your own cost benefit analysis.

I will also say that as I pondered the meditation on truth it struck me that by participating in the conversations on Facebook I am facilitating the dysfunction. Even when I fact check the things I post, I help create the environment where those who don’t bother to distinguish between truth and a lie get to spread their dangerous dishonesty far and wide.

So, I spent longer explaining my last, last straw, but the truth is the one that moves me the most is my own inability to join in the Facebook conversation with any degree of moderation. I’m an addict and there is no negotiating with your addiction. So, I’m out of there.

Maybe I’ll see you here a little more often. Or, even better, maybe I’ll see you in person. We’ll grab a cup of coffee and share what’s really going on in our lives. At the very least, maybe I’ll get over my phone-phobia and use that ridiculously priced bit of technology to call you and see how you’re doing. That might be nice.

So, what’s the deal with Facebook? In hindsight I realize that I should have posted something here before I listed doxology.org as a way to get in touch with me. But better late than never!

So Kay and I were having coffee and talking on the porch this morning as we do most mornings and the topic of Facebook came up, and our general lassitude toward it and, really, social media in general. And without a great deal of fuss we decided to end our affair with social media. This came about without much angst, hand wringing, or bombastic proclamations but more as something that we have both been considering for a while which seemed good to do on this beautiful summer morning.

I mentioned the cost to benefit ratio. Here’s the calculation:

See what I mean? It just doesn’t work for me. Of course, it never did, but how can you NOT be on Facebook? To be honest, I have mostly avoided Facebook in order to avoid the negative costs, which, of course, meant that I mostly missed the benefits anyway. So why not just keep doing that?   It’s mostly that last “cost” on the list that motivates me. Maybe you too have been on the fence with social media and just needed a little nudge to make your exit. If so, consider yourself nudged. Sometimes we just need to feel like we have permission. If social media gives you more than it takes, feel free to continue to enjoy it! If not, you really don’t have to keep drinking from that hose.